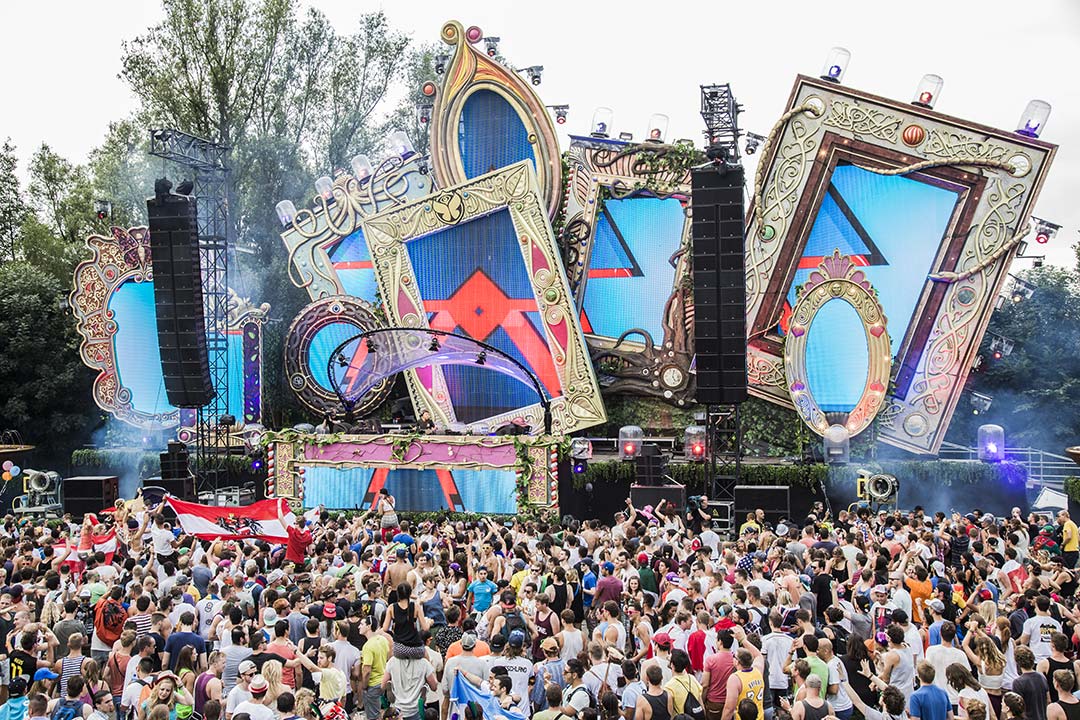 In our profession, few things make us as proud as being able to say that what started with a professional collaboration ended in a great frienship. This is what happened with With Benny and, as he would say, we have come a long way together.

It all started when in 2011 he asked us to create a visual show for his Dj-set. We would have never thought that this would just be the beginning of a partnership that continues to this day. Benny Benassi and Friends is the annual party held in our hometown, Reggio Emilia. It took nearly two months to prepare the visual content for the show as developing the direction and content for the thwo-hour show was no small endeavour.

The next day, when we reached out for feedback, Benny just said: “Pack your bags, we’re off to Canada.” That started a succession of tours and dates around the world for 6 years, a unique experience on both a human and professional level.

In 2012 we were on Ultra UMC Miami and Electric Zoo main stage. We worked with Madonna’s team for the MDNA World Tour, with Benny opening in Abu Dhabi, Dallas and Washington. In the summer we did a show during the Indy 500 in Indianapolis.

In 2013 we were at Coachella. One of the most beautiful and majestic stages we have ever seen had been set up on the stage dedicated to dance music. Then we went on a long tour of Asia. In the summer we were at EDC Las Vegas main stage and several other Insomniac events. In September we organized a 3 week bus tour on the American West Coast. From Austin to Vancouver, for a total of 20 dates in 21 days.

In 2014 we designed the stage for Benny Benassi and Friends at the Bologna fairs. In the summer we toured all over Europe closing with a spectacular date at Tomorrowland in Belgium.

In 2015 we made a video mapping show on the facade of the Valli theater in Reggio Emilia during the Fotografia Europea event. In the summer we wroked at Red Rock Valley, a temple for live music in the USA, hidden between the mountains of Colorado.

In 2016, together with the TAO choreography group, we developed a visual show coordinated with the dance group of the Marquee Nightclub. The show accompanied Benny’s DJ set for 10 dates in the club of the Cosmopolitan hotel in Las Vegas.

In 2018, for the FIFA World Cup of soccer, we presented our visual show in Sochi, Russia, during the opening ceremony.

Thanks to Benny we worked with the best visual artists in our industry. We shared the stage with Madonna and John Legend, we worked with Avicii and David Guetta. The explosion of dance music in the United States and Asia since 2010 coincided with the technological development of LED walls. As a result, visual productions for DJ-Sets have become increasingly important in festivals and clubs.

In 2018 we made the Benny Benassi and Sofi Tukker video clip “Everybody needs a kiss“.

Since 2019 we have been working together with Scheme Engine on a documentary about Benny’s life. Retracing a very long career, which began at the Marabù night club in Reggio Emilia in 1990, the film tells both the public and private life of the DJ from Reggio Emilia. It will be called Equilibrium and will be released in 2021.

2020 also saw the birth of the PANORAMA project.

A project aimed at supporting the tourism and live music industry, both affected by the Covid-19 epidemic.